Wreaths Across America – A Trip to Arlington National Cemetery

This year marks the 150th anniversary of Arlington National Cemetery and to commemorate this, an organization called Wreaths Across America decided to provide fresh wreaths to every headstone in the entire cemetery.  That is over 230,000 freshly made wreaths.  Wreaths Across America had donated wreaths in the past but usually just for certain sections of the cemetery.  With so many wreaths to deliver, there was a call for massive amounts of volunteers.   And heed the call, we did. 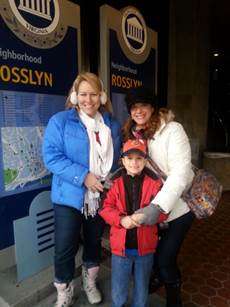 Moss Building & Design's Community Relations Team, ever committed to being involved in our communities, set out with a purpose -  join the nearly 40,000 other volunteers at the cemetery to help lay wreaths throughout until every headstone was covered.  There were trials and tribulations getting there – train delays, boots that were creating blisters, stoppages to keep up the energy levels (Jenn’s son, Nate, came along and snacks were needed)- but we made it.  Boy, was it worth it.

The trains at Rosslyn were so crowded we ended up having to walk from the metro station to the cemetery.  The silver lining (not to be confused with the new Silver Line) was that  we got some exercise and were able to take in some sights on our way. 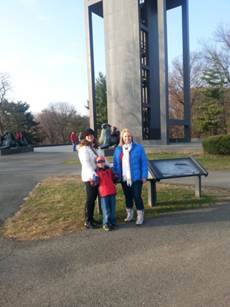 Once we finally arrived, we noticed just how many people were there to donate their time as volunteers.  It was awe inspiring.  The place was overrun with people and with trucks filled with fresh wreaths – 69 trucks in all! 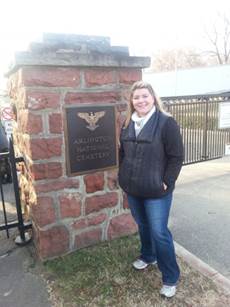 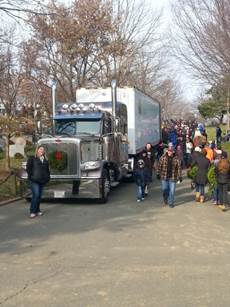 And unlike prior visits to the cemetery, there was so much warmth.  It was a feeling I wish was there all year long.  But because it isn’t, I treasured the feeling and truly appreciated it while visiting that day. 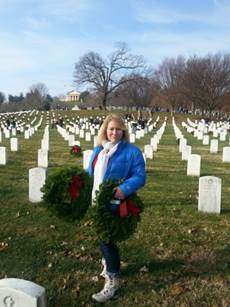 This was such a great event and I would recommend it to anyone in the future, even if it is just a section of the cemetery next time.  A good deed done while spending time with good friends - always a winning combination.  But I am warning Jenn now, this is how I am getting home next year (see photo below)! 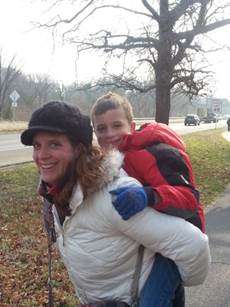 Pam Kopiak is part of Moss Building & Design’s Community Relations Department. If interested in planning an Arlington HandyMOM 101 or  HandyGirl 101 workshop programs contact her at PKopiak@MossBuildingandDesign.com.

Tell Us About Your Project: