Better Use of Space Makes For A Beautiful Herndon Kitchen Remodel 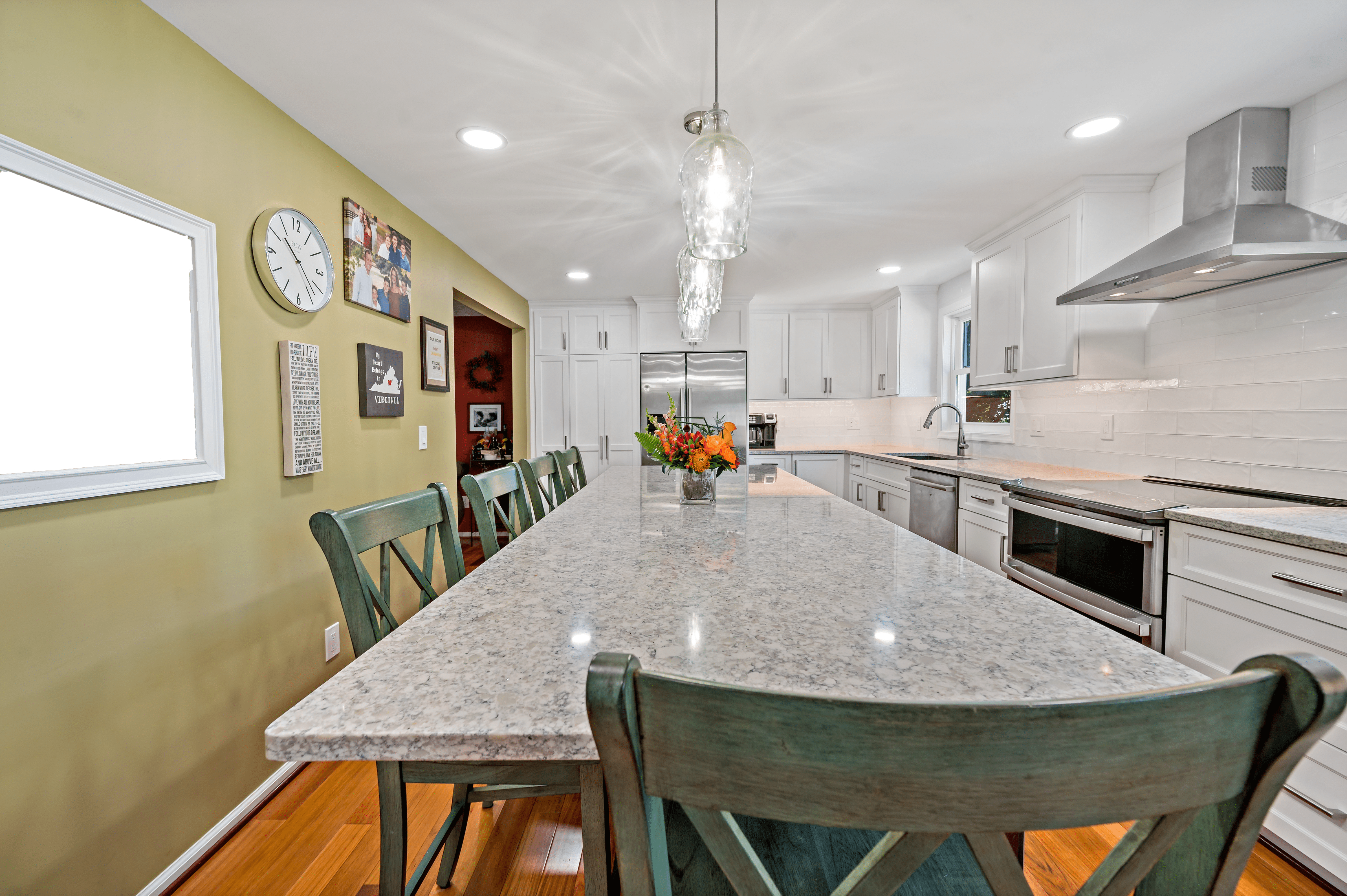 In a previous home, these MOSS customers had their kitchen remodeled, and decided, after moving to a new residence, that the time had come to upgrade this one as well. Knowing that “pictures are worth a thousand words”, the homeowners looked through MOSS’s portfolios and had a definite idea of what they wanted to do for their space, including removing a wall that existed between the original kitchen and the dining room, thus creating a larger, more open kitchen with a massive center island for their family of five to gather around. Working with their MOSS designer carefully to maximize the new space they had was important, as storage and pantry space were crucial to the layout.

This kitchen remodel was carried out during the global pandemic. Not only were all CDC health and safety guidelines followed, but, the MOSS team had to contend with all three of the family’s children doing virtual school in their bedrooms and both parents working from home at the same time. It was a busy household but the project was carried out with no incidents. 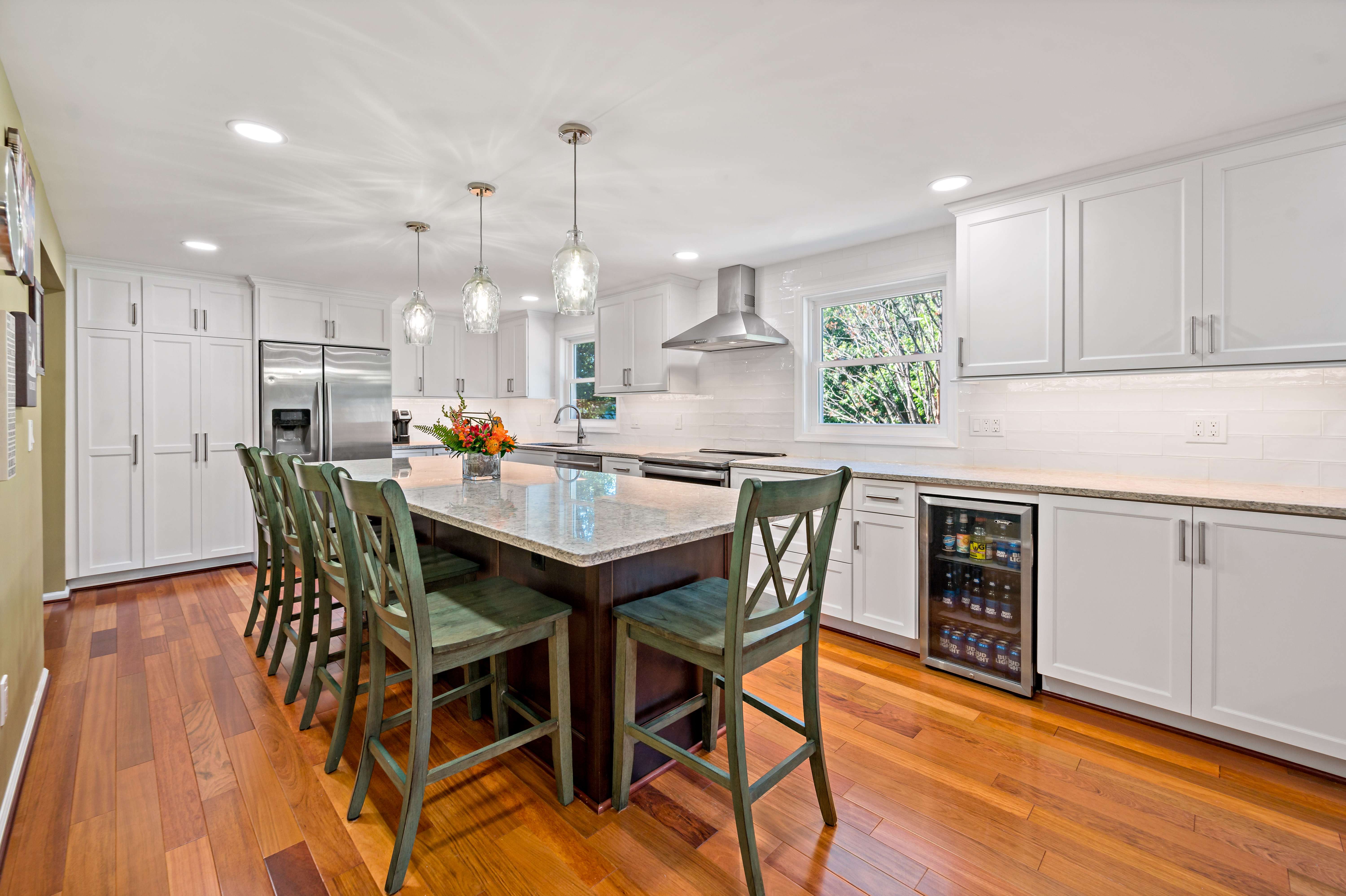 Our MOSS customer was incredibly impressed with the care and attention that went into every detail of the project. For example, when the pendant lights over the island were being installed, it was the MOSS technician who noticed that the base of one of the lights wasn’t cut to match the others. Rather than hanging it up, he pointed out the issue to the homeowner who was able to order a new light and have that installed instead. The simple act of pointing the issue out (to a pendant light that the homeowner ordered herself) was a helpful gesture in the long run.

The kitchen originally had a tile floor, which the homeowner wanted removed and replaced with hardwood to match the rest of the main level. However, the hardwood, a Brazilian Cherry, was out of stock as it was an older style. The MOSS team visited 4-5 stores to attempt to match the wood and find something as similar as possible. In the end, the hardwood was found and purchased – while it was delayed due to shipping issues during the pandemic, in the end the hard work was worth it. 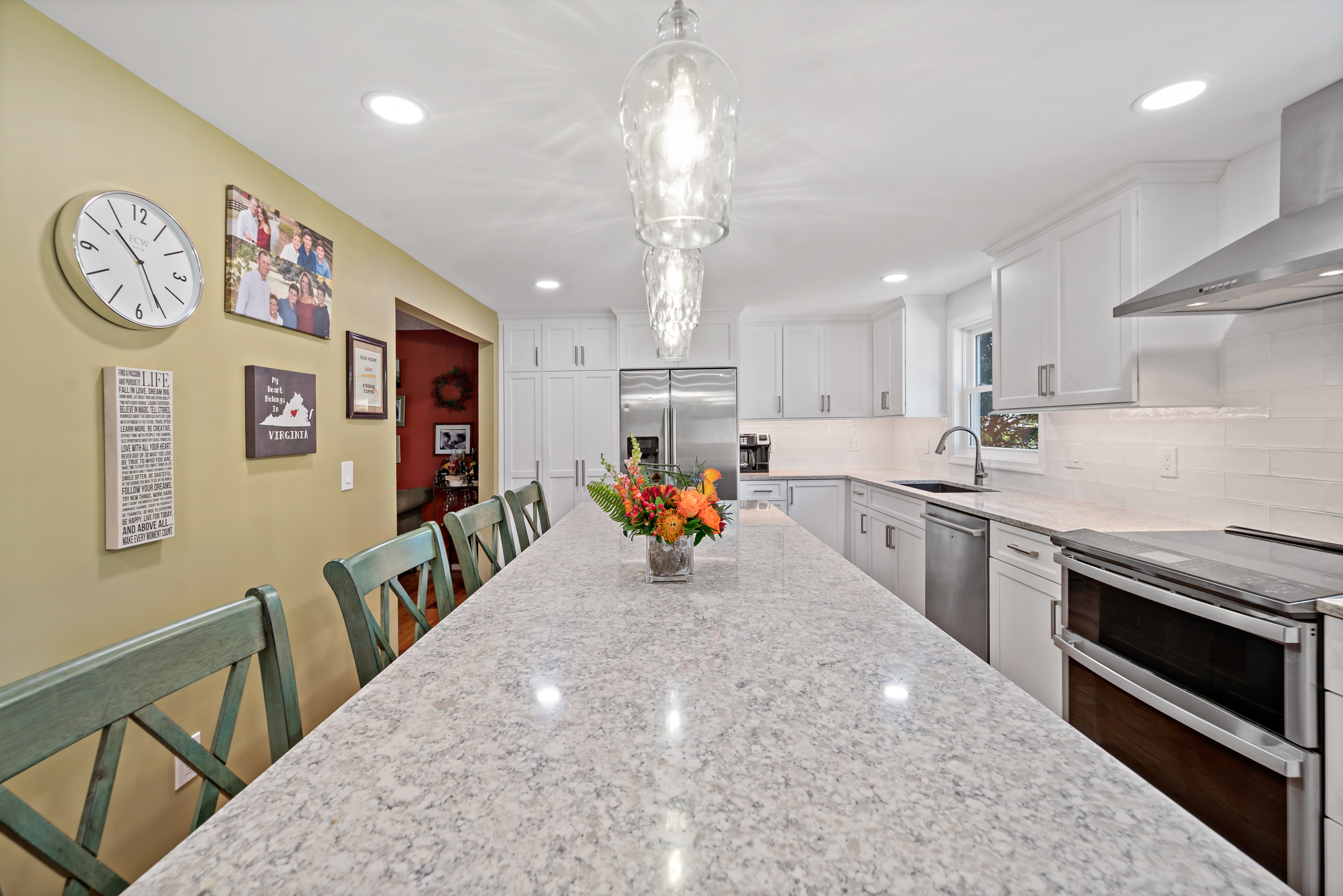 Our MOSS customer, having worked with MOSS previously, knew the high quality of work that MOSS could bring to the table. This second kitchen remodel was more involved and included more than just the removal of walls – it also included new lighting and a new ceiling. In the end, the results are dramatic and extraordinary.

From dark and closed in to bright and open, this Herndon kitchen remodel has given our repeat customers the dream space they longed for to be able to spend more time as a family and with friends.