These four words are often used to describe modern design and the whole modernist movement that inspired the design style. If you’re a curious design history junkie, read on to learn more about how the modern style adapted over the past few decades. 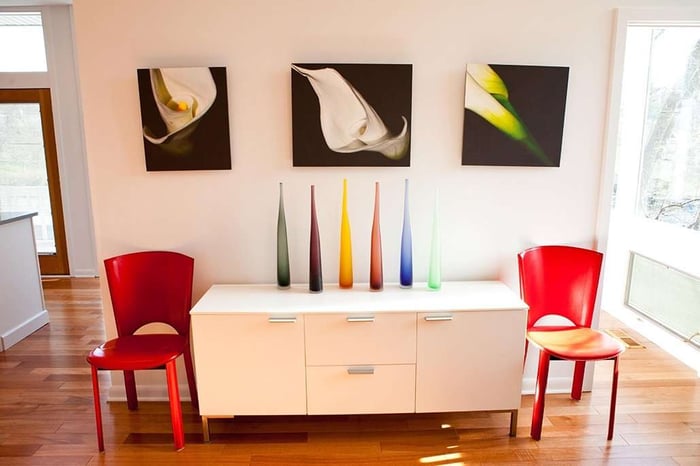 As described by AnOtherMagazine, modernism “was rooted in notions of functionality, elegance, and simplicity as championed by the likes of the Bauhaus and Le Corbusier, whose dictum [was] ‘a house is a machine for living.'”

This idea of the machine house or “form follows function” are very important concepts to modern home design, as they emphasize the space’s practical and functional nature  rather than its aesthetic or ornate elements.

When someone discusses modern style, you’ll also hear the sub-genres of modernism, used to describe the movements inspiring furniture, art, and architectural styles of the time, such as the following:

When speaking specifically about modern home design and decor, you’ll often hear the aesthetic referred to as a “mid-century modern design style”. This phrase describes interior design, furniture, graphic design, architecture, and urban development from 1933 to 1965. 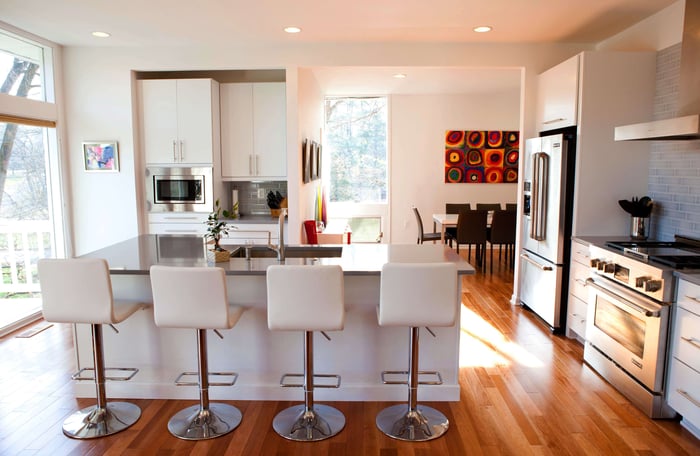 Author Cara Greenberg coined the phrase “mid-century modern” in her 1984 book Midcentury Modern: Furniture of the 1950s. However, the birth of the architectural movement really took off after the second World War.

“The birth of midcentury modern was after the war,” said Sian Winship, president of the Southern California Chapter of the Society of Architectural Historians, according to an article on HGTV.com.

“The houses had open floor plans and giant sliding-glass doors, which encouraged people to go outside and be healthy. In a traditional home, the window height is 4 to 5 feet, and you can’t see out as a child. With these walls of glass, children became engaged and open-minded because the environment stimulated the senses in a different way.”

This, and other exhibits, was followed by the debut of the television phenomenon Mad Men in 2007. The show inspired a new generation to find appeal in modernist styles at work and home. In many workplaces, you’re likely to see Mad Men icons like the Eames Lounge Chair and Knoll Barcelona Chair.

Many of our customers look to us to help bring to life their bold modern design vision. Let us know if you’d like to speak to a designer to make your dream a reality.

If you’re in the market for home or basement remodeling or you’d like to talk to a professional about a modern home interior, call us at 703.961.7707 or email us at Hello@MossBuildingandDesign.com.